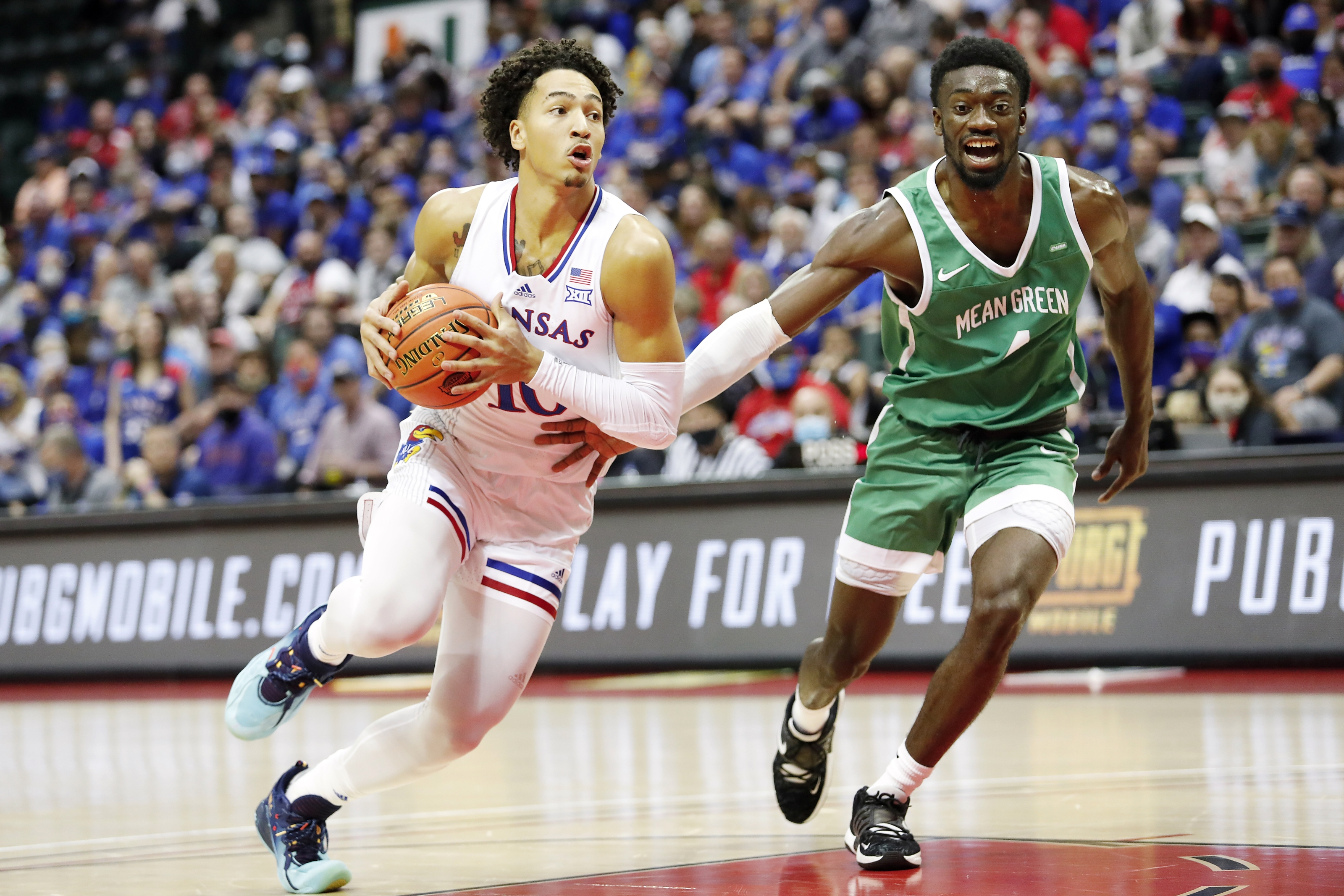 LAKE BUENA VISTA, Fla. (AP) -- Ochai Agbaji had 18 points and Christian Braun added 16 as No. 4 Kansas beat North Texas 71-59 in the first round of the ESPN Events Invitational on Thursday.

Agbaji became the 63rd player to reach 1,000 points in Kansas history when he hit a 3 to open the scoring 2½ minutes into the game. The guard entered the game just one point away from the milestone.

North Texas (2-2) got 23 points from Tylor Perry. All other scorers for the Mean Green were held to single digits, including Thomas Bell, who picked up his fifth foul midway through the second half and finished with nine points.

KU (4-0) went up 46-31 early in the second half thanks to Remy Martin hitting a pair of a long-range shots and Braun making a 3-point play after a steal. Martin, who had 15 points, had been slowed recently by back discomfort.

A dunk by Agbaji and another Martin 3 extended the advantage to 53-35 with 14 minutes left.

Kansas forward Jalen Wilson had seven points over 18 minutes in his first game of the season. He was suspended for the first three regular-season games after being arrested on suspicion of drunken driving.

Kansas: Had scored 87 points or more in each of its first three games but had scoring droughts of 2 ½ and 3 ½ minutes during the first half, and another 2 1/2-minute dry spell in the second.

Kansas: Plays Dayton in a semifinal Friday. The Flyers beat Miami 76-60 on Thursday.

North Texas: Faces Miami on Friday in the consolation round.

Copyright © 2021 The Associated Press. All rights reserved. This material may not be published, broadcast, written or redistributed.