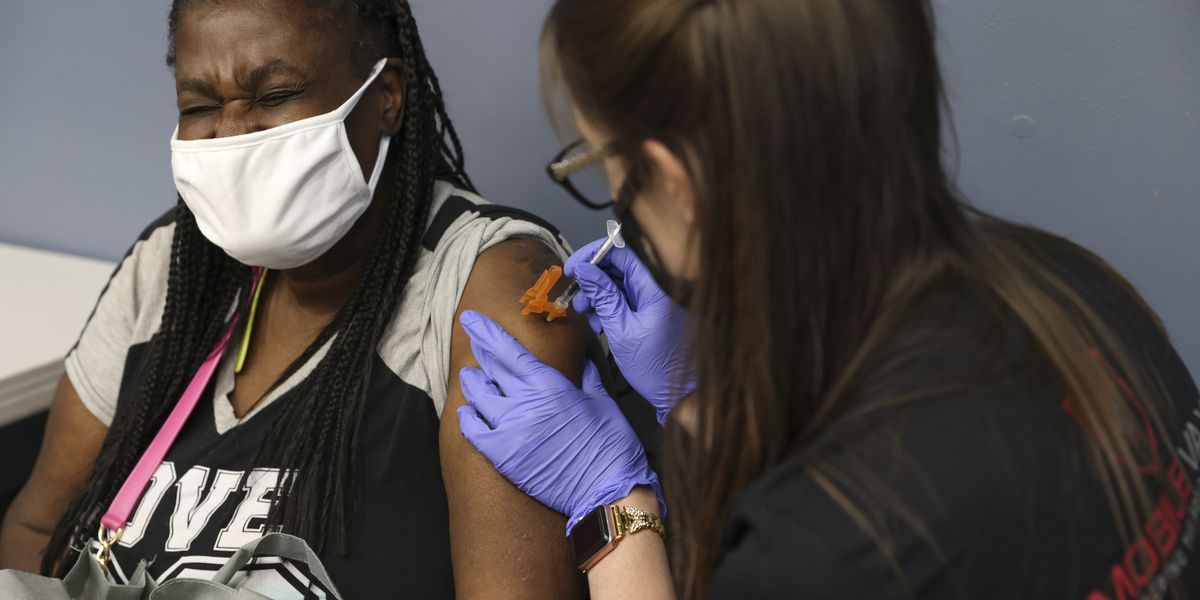 Public health officials say Chicagoans have one more thing to be thankful for entering their second COVID-19 holiday season: more than three-fourths of city residents have received at least one dose of a COVID-19 vaccine.

The Chicago Department of Public Health on Thursday announced the city reached its goal of vaccinating at least 77% of residents 12 or older as of earlier this week, about a month ahead of Mayor Lori Lightfoot's target of hitting that benchmark by the end of the year.

The city reached that level a little over 11 months after the first dose was administered last December, and about 20 months after the coronavirus claimed its first Illinois life, in March of 2020.

More than 26,300 Illinoisans have died with the virus since then, including 6,176 Chicagoans. And with cases rising once again as the state enters its fifth wave, officials say it's critical for more people to make the choice to roll up a sleeve.

"In communities across the city, residents stepped up by supporting businesses that make vaccine safety a priority, helping stop the spread of vaccine misinformation, talking to reluctant family members about COVID-19 vaccines, getting themselves and their families vaccinated, and more," the city's Public Health Department said in a statement.

About 71% of Chicagoans have completed their vaccine series. The city's figures are in line with the statewide figures that show 78.2% of residents have gotten at least one shot and 71.4% have been fully immunized.

The city noted its efforts in several South and West side neighborhoods to help reach the citywide milestone. In the past week, Roseland hit 60%, Chicago Lawn hit 77%, the Near West Side hit 80% and West Lawn reached 90% coverage for people 12 or older.

But other neighborhoods still lag far behind, especially in communities of color. In Englewood, 57.6% of residents have gotten a shot, and coverage is only 55.7% in South Shore. The far southeast corner of the city has its lowest vaccination rate of just 49.5%.

"Across Chicago, there are still many residents who have yet to get their COVID-19 vaccine, and with eligibility recently expanding to children as young as five, the City is deepening its efforts to reach our hardest-hit communities and connect them with information about and access to these life-saving vaccines," officials said.

The city's vaccination rate is about 72.2% when including residents 5 or older. Since the Pfizer vaccine was approved for young kids last month, a total of 186,450 children aged 5 to 11 have gotten a shot, or about 17% of Illinois kids. A little over 21% of Chicago kids have been vaccinated.

Average daily COVID-19 cases have jumped 24% over the past few weeks in Illinois as the cold weather forces more people indoors, making it easier for the virus to spread. Nearly 2,000 Illinois coronavirus patients were hospitalized Tuesday night, while the average statewide case positivity rate is up to 3.3% -- with both figures marking the highest they've been since late September.

Experts say the surge underscores the importance of getting more people to take the vaccines, which are free and readily available at all major pharmacies. The city also offers in-home vaccination appointments.