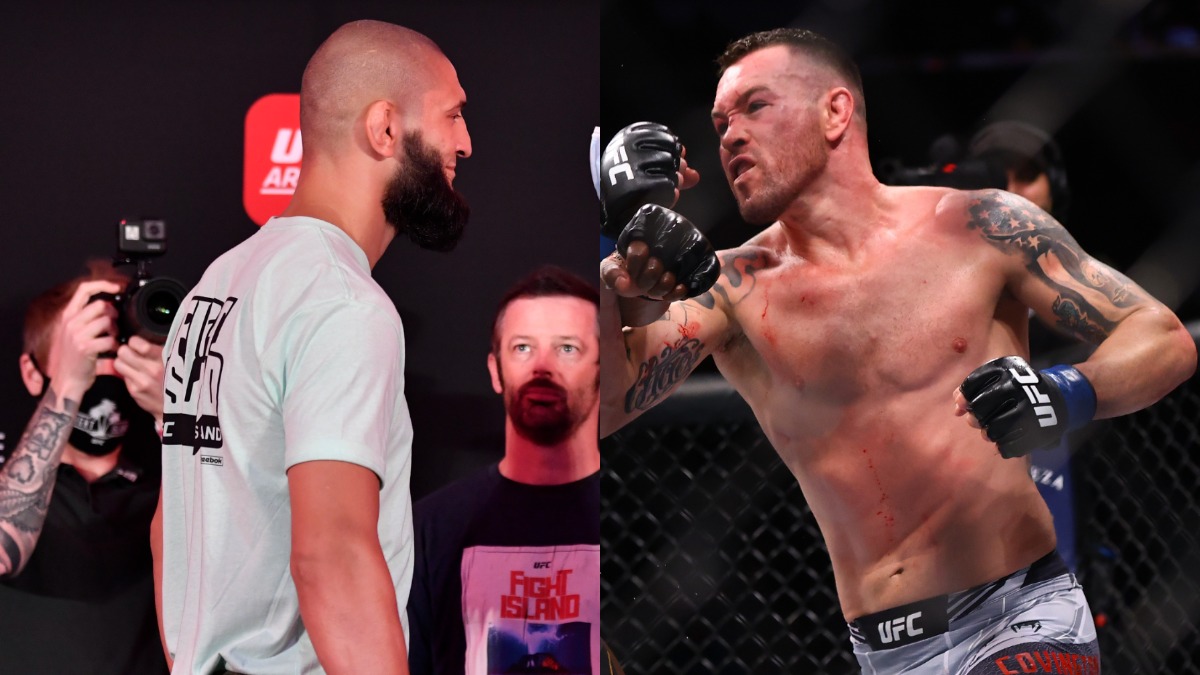 Covington spoke with MMA Fighting on Wednesday, November 25, 2021, about his thoughts on No. 10-ranked UFC welterweight Khamzat Chimaev, calling him a "joke" and saying he'd send "Borz" to the hospital if they fought.

This isn't the first time Chaos has ripped into Chimaev, calling him "C*mshot Chimaev" during the UFC 268 media day. If you missed Covington's verbal jab, you can watch the clip below:

Chimaev is 4-0 in the UFC and 10-0 as a professional mixed martial artist. He's defeated all four of his UFC opponents via finish and has only been hit by one significant strike. He's captured the attention of many in the MMA community because of his dominance and entertaining personality.

But one person who isn't impressed is Covington.

Speaking with MMA Fighting, Covington said via the outlet: "He's a joke. He needs to beat someone worthy -- someone in the top 5, someone in the top of the rankings, not just fight hand-picked people. What does he have, four UFC fights? The media loves to rush these kids and these hype jobs. This is fighting, man. People can get seriously hurt from rushing people like that.

"But if you guys want to rush a guy, take some time off of his life and send him for a hospital treatment, then, yeah, the door is open for that. I love doing good business and I love doing business with the UFC. It would be an honor to beat who they want me to beat, and if that's the name they put in front of me, I can promise you that I'm gonna train extremely hard and I'm gonna show a new skill set the world hasn't seen yet. You kind of see that from me every fight, I get better every fight. I add new layers to my game, so whoever they try and match me up with next, you're gonna see those new layers and someone is gonna get seriously hurt."

The latest UFC news straight to your inbox! Subscribe to the Heavy on UFC newsletter here!

Covington competed for the welterweight strap on November 6, 2021, during the main event of UFC 268. He took on reigning champion Kamaru Usman at Madison Square Garden in New York City, fighting in front of a sold-out crowd.

It was a rematch two years in the making, with "The Nigerian Nightmare" winning their first clash by fifth-round TKO.

Their second fight was a tit-for-tat war like the first, but unfortunately for Covington, he didn't do enough in the judges' eyes to earn the victory, losing via unanimous decision.

With the loss, Covington's professional MMA record fell to 16-3. Since the defeat, Covington has been adamant that he'll work his way to a third shot against Usman and Chaos vows to one day hold undisputed UFC gold.