Home » Health » How many TikTok and YouTube views you need for a free home refurb?
Health

How many TikTok and YouTube views you need for a free home refurb? 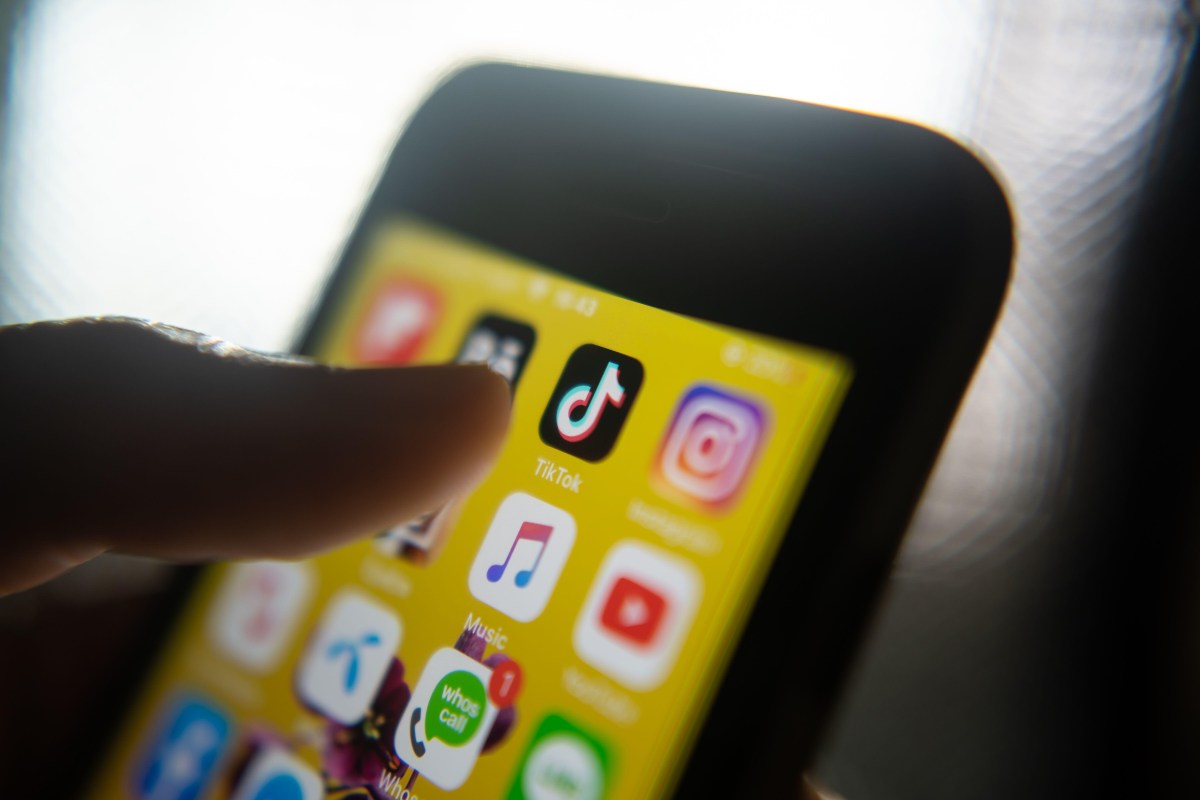 THE Consumer Crew are here to solve your problems.

Mel Hunter will take on readers' consumer issues, Jane Hamilton will give you the best advice for buying your dream home, and Judge Rinder will tackle your legal woes.

BECOMING an interiors influencer is an increasingly popular way to fund your home renovations.

Thousands of homeowners have been gifted items ranging from paint to a kitchen makeover or conservatory by firms keen to publicise their wares online.

Now a new study by the Roofing Megastore reveals just how many followers you would need to finance your DIY projects.

MD Gian-Carlo Grossi said: "It's clear that there is real money to be made with a big enough following, with it being possible to make back the cost of smaller projects such as painting and tiling with just a few thousand followers."

SEA what all the fuss is about. Rhos-on-Sea in North Wales has topped the list of buyer search hotspots, with online interest in the town up 858 per cent on last year.

GET your home organised with a stylish key hook. This will lift any hallway and is just £6 from tofs.com.

SAVE: £4 on similar styles elsewhere

Q) TWO years ago I had a lower leg amputation. This was planned surgery and as far as I was concerned the op went well. I was in hospital for ten days being monitored.

Then last July I was due surgery again but it came to light on some notes sent by the physio from the hospital where I had my first surgery that I have sleep apnoea.

This was a shock to me and stopped all further surgery until it was dealt with. I now need to wear a mask connected to a machine for sleeping.

My concern is why no one told me about this sleep problem whilst I was in hospital and why no one followed it up.

Can I make a claim against the surgeon and anaesthetist for not informing me of this condition? This has really upset me.

A) The failure of the medical team who carried out your first operation to inform you that you had a potentially life-threatening condition has caused you serious distress.

The legal issue in this case, however, is that, although your doctors failed to disclose that you have sleep apnoea, a court would need to be persuaded that the lack of treatment you received has made this condition substantially worse or that you suffered some other injury (including serious anxiety) as a result.

There are a number of excellent firms who can give you quick and free legal advice on whether you may have a claim.

Although I think it is a long shot, I would get in touch with one of these solicitors as soon as possible.

Q) I BOUGHT a dress for my sister's wedding for £175, and when it arrived it appeared to be OK. However, on the morning of the wedding it would not fasten because the zip was faulty. I was horrified.

I had to rush home to get something else to wear, almost missing the wedding.

The credit card company now say they can do no more. Don't I have the right to a refund - and how will I get it?

A) You need to look closely at the terms and conditions of the clothing website you purchased this dress from (they sometimes have strict rules about refunds once the tags have been removed).

Whatever their conditions were, it is quite clear that the zip was faulty. Following on from this, you ought to be entitled to a full refund.

The tricky issue here may be proving that the zip broke as a result of a pre-existing fault in the dress rather than you damaging it after you had put it on.

Write again to the head of customer services at the seller and make clear that you are perfectly willing to take this matter to the small claims court and make others aware of their failure to give you your money back.

I would write to your card company at the same time. Be as tough as you can. You are not legally obliged to pay for damaged goods.

Q) IN March 2020, I had British Airways flights from Thailand to Edinburgh cancelled. I had to book another flight, getting home the day the lockdown was imposed, which cost me more than £300.

After much to-ing and fro-ing between the agent and BA, I am no further forward with my request for a refund.

A) You'd been waiting an awfully long time to get your refund. BA confirmed to me that you should be due your money back, but as you booked through a third party, Travel Up, I needed to track it through it.

So I contacted the online agent.   It held its hands up, admitting the refund should have already happened, and promised to put things right within days.

It took another three weeks, and a few more prods from me, until it finally put £177 into your bank account. However, you felt this fell short of the amount this return leg of the flight would have cost you.

Chasing this up, Travel Up told me it had taken a £50 admin fee - which was pretty rich, I responded, considering you'd waited more than 18 months to get your money back.

Eventually another £50 landed in your account, as a goodwill gesture.

Right from the start, I believe BA had a duty to get you home but it was confusing times, and with no contact initially from BA or Travel Up, you had to take matters into your own hands.

Nearly two years on, I'm glad to have helped bring things to a close.

Q) I PAID for a fridge freezer from Currys with estimated delivery a few weeks later. It arrived a week late and was damaged, so I told the driver I would expect a replacement.

I was told it would be delivered in another seven days, but on that occasion the driver said it was damaged again and he'd arrange yet another delivery.

The store told me it would arrive the next day. It didn't.       When I finally got it two days later, it was again damaged. I told the driver I wouldn't accept it.

She offered 15 per cent off but I refused, as I wanted the undamaged goods I had paid for.

The store made contact with the Currys head office, but five weeks later, I have heard nothing.

A) I always urge readers not to settle for less than they have paid for.

Currys told me it actually offered ten per cent off your appliance - the third damaged one it tried to deliver.

The retailer agreed you had rejected this and that it had then not come back to you. Currys apologised, offering £100, made up of a 20 per cent discount and a gesture of goodwill, for you to keep the appliance. You accepted.

A spokesperson told me: "We are very sorry for the issues Mr Barber faced and for the lack of communication."