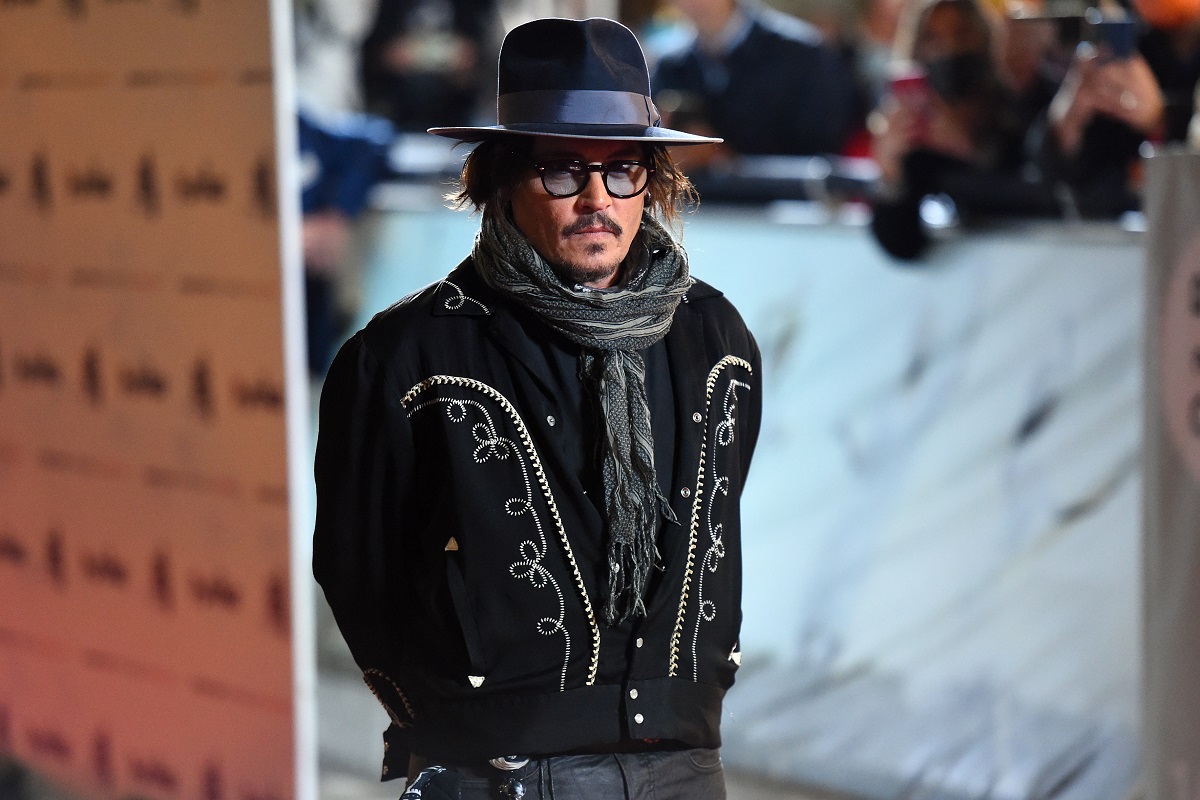 There have been several major celebrities who've transitioned into the world of music, from Gwyneth Paltrow to Jennifer Lopez. But actor Johnny Depp, despite his own musical talents, won't be one of them. That's because Depp has a less than favorable opinion of actors who try to break into the music industry.

Although Depp is a passionate actor, he has just as much passion for the art of music. According to Rolling Stone, Depp joined a rock band labeled The Kids when he was just 17 years old. The band had modest success with their music, opening for several notable artists, before pausing his musical aspirations for an acting career. Still, the Willy Wonka star asserted that music has always been a part of his life.

"Music will always be my first love," the actor said. "I pick up the guitar and space out and drool."

The Kids would reunite years later to pay tribute to their late manager Sheila Witkin. Depp would perform with his high school band in South Florida at the Sheila Witkin Memorial Reunion Center. One member of the audience went so far as to praise the actor's performance and attitude.

"He's a real guy. He minimizes his presence so the focus can be on the band," the concertgoer shared. "And no doubt the man can burn it."

Despite his passion for music, Depp has a negative opinion of other superstars trying to make it in the music industry. The concept of it alone doesn't sit right with the actor.

"That whole idea for me is a sickening thing, it's always just made me sick," Depp told The Sunday Morning Herald. "I've been very lucky to play on friends' records and it's still going. Music is still part of my life. But you won't be hearing The Johnny Depp Band. That won't ever exist."

Depp has collaborated with several prominent artists in his career. In addition to The Kids, The Herald has noted that Depp has worked with acts like Marilyn Manson and Oasis. Still, however, Depp believed that it's when actors use their celebrity to boost their music careers that it becomes an issue.

"The kind of luxury now is, anybody with a certain amount of success, if you have a kind of musical being, you can go out and start a band and capitalize on your work in other areas," Depp said. "But I hate the idea, 'Come see me play the guitar because you've seen me in 12 movies'. It shouldn't be (that way). You want the people who are listening to the music to only be interested in the music."

Eddie Murphy is one of the superstar actors that also tried to transition into music. But in an interview with The Guardian, Murphy revealed he was reluctant to share music with the public at first. That's because opinions like the ones Johnny Depp had about actors-turned-musicians made him cautious.

"I'm not an actor trying to sing, this is one of my passions. But if Don Johnson and Bruce Willis just put out albums, and then you put out an album, people don't want to hear no s*** about 'It's your passion,'" Murphy said. "But you might end up listening to it like: 'Heyyy, this is isn't just a bunch of actor-singing, and some of this stuff is actually kinda good ...'"