Kanye West Says He and Kim Kardashian Will Reunite Amid Divorce 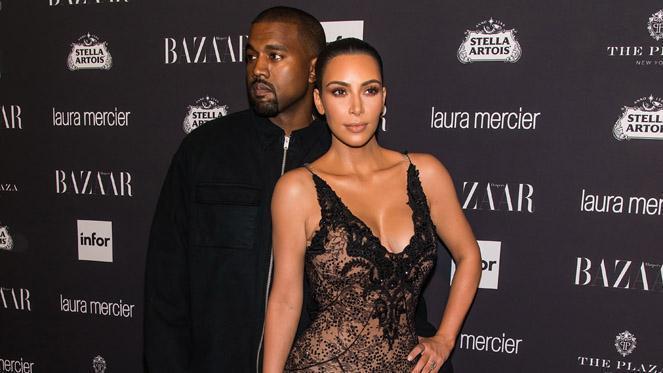 Amid Kim Kardashian West's budding romance with SNL star Pete Davidson, the SKIMS founder cannot keep tabloid eyes off of her. But one pair of eyes that's on him is Kim's estranged husband, Kanye, aka Ye. Kardashian filed divorce docs from Ye in February, after seven years and four children. She cited irreconcilable differences in the filing. But in an episode of Keeping Up With the Kardashians, she said that a number of lifestyle differences led to their split.

But now, Ye is making his public plea to make things right. According to Ye, God will heal his relationship with Kim. The 44-year-old rapper gave a speech about his situation while visiting Skid Row on Wednesday, Nov. 24. Ye said at the time: "The narrative that God wants is for you to see that everything can be redeemed. In all these relationships, we've made mistakes. I've made mistakes. I've publicly done things that were not acceptable as a husband, but right now today, for whatever reason -- I didn't know I was going to be standing right here, I didn't know I was going to be in front of this mic -- but I'm here to change that narrative," Us Weekly reports.

Ye, who both he and Kardashian have said deals with bipolar disorder, says his children is what matters the most. "I have to be next to my children as much as possible," he continued. "So when I'm out [of] the house, I've got a house right next to the house. I'm doing everything to be right next to the situation."

Ye believes that his situation can serve as an example to others who hope to reconcile: "If the enemy can separate Kimye, there's going to be millions of families that feel like that separation is OK ... [but] when God -- who has already won and is so -- brings Kimye together, there's going to be millions of families that are going to be influenced and see that they can overcome the work of the separation, of trauma of the devil that's used to capitalize and keep people in misery while people step over homeless people to go to the Gucci store," he said.