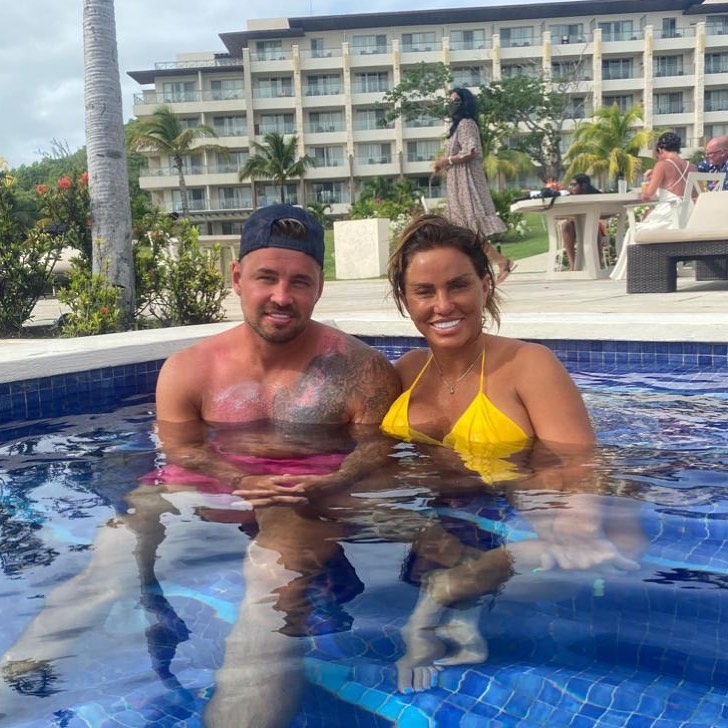 KATIE Price's fiance Carl Woods begged fans to buy cars off him as he "needs the money".

The Love Island star and car dealer made the honest plea on Instagram today.

The 32 year old shared a photo of a string of luxury cars and said: "Come buy a car please. I need the money."

It comes after the couple jetted to Las Vegas earlier this month.

Thrice-wed Katie, 43, and fiancé Carl were spotted picking up the licence for their forthcoming wedding in videos on Instagram.

The mum of five was overheard jokingly telling the clerk, "Ooh, signing our life away", before the happy couple raised their right hands to swear the information they had given was truthful.

She and Carl also did some Vegas window shopping, going into clothes shops and a jeweller's together.

They confirmed to the clerk that they had previously made an application online to speed up the process.

The ex-model is facing a possible jail sentence next month after pleading guilty to drink-driving while disqualified and taking drugs after a crash near her home in West Sussex, UK, in September.

A court heard she told cops: "I took drugs, I should not be driving, I admit it all" and later went to rehab.