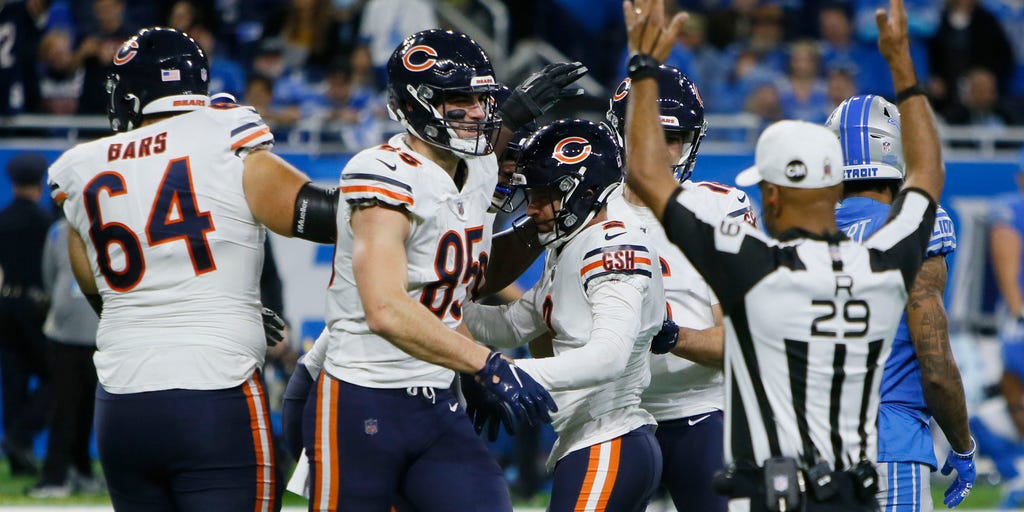 The Detroit Lions' defensive breakdowns and a bad penalty at the end of their game against the Chicago Bears on Thanksgiving may have cost the team a better chance at getting their first win of the season.

Chicago ended the 18-play drive with the game-winning 28-yard field goal from Santos.

The Bears won the game, 16-14, and kept the Lions winless. The final drive lasted 8 minutes and 30 seconds and the mismanagement at the end of the game ultimately cost the Lions at least a shot of driving down the field and attempt a game-winning play.

The bad late-game management at the end had the NFL world buzzing.

In this game, the Lions played decent enough to at least have a chance to win the game. The team took the lead in the third quarter with a touchdown pass from Jared Goff to T.J. Hockenson. Detroit only had one possession in the fourth quarter.

Goff was 21-for-25 with 171 passing yards and two touchdown passes. The Lions lost D'Andre Swift to a first-half injury. Jamaal Williams got a bulk of the carries and rushed for 65 yards. Hockenson had three catches for 35 yards and Josh Reynolds led the team with three catches for 70 yards and a touchdown.

Andy Dalton picked up the win as he started for an injured Justin Fields. He was given the player of the game for going 24-for-39 with 317 passing yards, a touchdown and an interception.

Darnell Mooney had five catches for 123 yards. Jimmy Graham had the lone touchdown catch and finished with two receptions for 34 yards.