Home » Sports » Who Is Georgina Rodriguez's Boyfriend? Everything We Know About Her Love Life
Sports

Who Is Georgina Rodriguez's Boyfriend? Everything We Know About Her Love Life 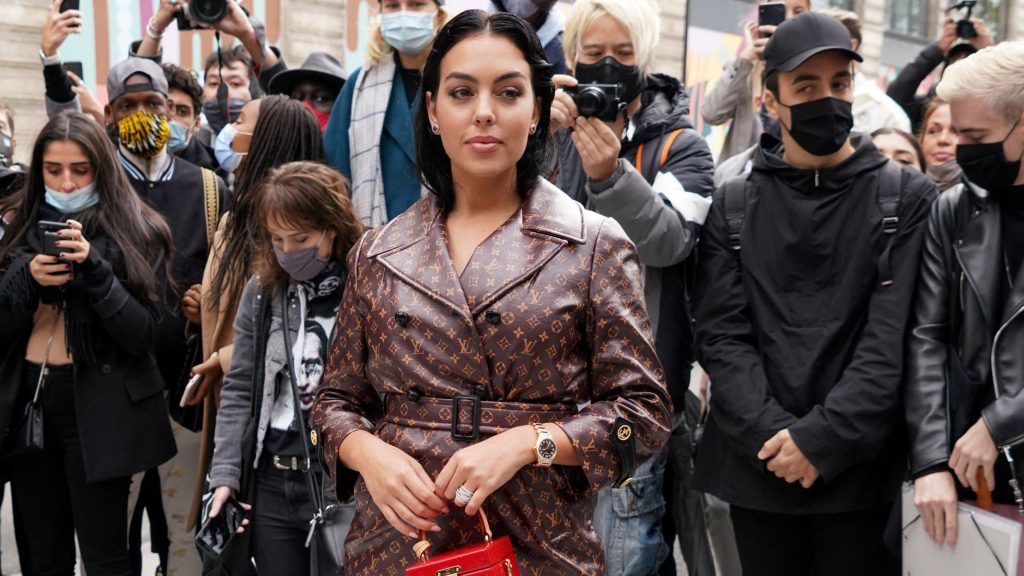 Georgina Rodriguez is famously known for dating the heartthrob and one of the most successful football players in the world. Her presence in the world's most prestigious fashion magazine, 'Women's Health,' is stunning and very well-known. Rodriguez has a huge following of 11 million followers on social media accounts. She is a native of Jaca, a city in northeastern Spain. Rodriguez was born in Argentina and went to study English in London. Before pursuing a full-time modeling career, Rodriguez was a dancer.

It was not easy for her to grow up in a difficult environment. She relocated to Huesca, Spain, as soon as she was old enough to work. Her first job was being a waitress. She said she realized she wanted to live a life that is luxurious, and in order to achieve that, she needed to learn English. Much recently, Georgina Rodriguez got pregnant yet again with her boyfriend, and we might soon see a new member in their family. Let's take a dive into the model's love life.

Georgina Rodriguez is dating her boyfriend, Cristiano Ronaldo. Rodriguez returned to Madrid, Spain, in 2016 after improving her English. She landed her dream job working in a Gucci store. That's where she met Cristiano Ronaldo, her true love. She said she was absolutely in awe of the player and was shaking while talking to him. There was nervousness yet a spark. They hit it off immediately.

Rodriguez describes Ronaldo as a very caring and loving man. The way she treats her is out of the world. She is a very shy person, but the way Ronaldo won her heart made her feel very special. Rodriguez and Ronaldo began a relationship in November 2016, when they were photographed strolling through Disneyland Paris.

The couple had their first child on November 24, 2017. The child's name is Alana Martina. They are expecting twins next year. Ronaldo currently has four children, as well as twins Eva and Mateo, being born prior to the pair getting together. Rodriguez was often seen attending Real Madrid and Juventus games. She has been a part of Ronaldo's family at the FIFA awards, attending with his mother, sisters, and kid.

Cristiano Ronaldo is widely regarded as one of the best players to have ever played Football. His achievements over the past decades have only served to strengthen that perception among football fans. Ronaldo grew up in Maderia, which is in Portugal. After graduating from Sporting CP's junior system, he was signed by Manchester United. The team's manager, Sir Alex Ferguson, noticed how good of a player Ronaldo was playing in the wing.

Ronaldo polished his skills as a speedy and lethal winger at Manchester United for six years. He is known for his capability of scoring goals and creating chances for his teammates. Before he moved to Real Madrid as the world's most expensive player, he won numerous trophies with Manchester United. Ronaldo has broken some of the most important goal-scoring records in Real Madrid's history. He has helped the club to significant trophies with his commendable skills and hard work.

In 2009, Manchester United was offered £80 million for Cristiano Ronaldo in order to bring him to the Spanish capital and play for Real Madrid. This transfer had made him the world's most expensive player. In his first season on the team, Ronaldo scored 33 goals. After that, he scored 40 goals in the Spanish league, a record in the league's history. Further, he helped Real Madrid win the Copa del Rey.

Georgina Rodriguez has announced the release of a Netflix documentary titled 'I Am Georgina.' The show will focus on the beginning of her relationship with Ronaldo. The director of Netflix Spain, Alvaro Diaz, said Rodriguez is very honest about her life and recognizes that she went from having nothing to having everything in the world. Rodriguez was leaving for work one day and stumbled upon the love of her life. Who doesn't dream of that?

Although no official release date has been set, the Netflix documentary is expected to be available for streaming before the end of 2021.